Investigation Request Forms (IRF) are forms that contain requests made by a licenced medical doctor to the radiology department and/ or the laboratory (haematology and blood transfusion, chemical pathology, histology, microbiology and anatomical pathology units). IRF are an effective 2-way communication between the requesting medical doctor and users of the services offered by the laboratory and radiology departments [1-3]. IRF should be completed adequately and legibly to avoid misinterpretation of results. The importance of adequate completion of IRF by medical doctors cannot be over emphasized and the importance of proper documentation in these forms is usually emphasized early in physicians’ training. The IRF not only provide information on the patient(s) and the test(s) being requested for but is used to communicate results back to physicians and patients. Absence of clinical information can lead to serious post analytical errors such as inappropriate interpretative comments; can also result in medical errors or delay in institution of appropriate treatment which can significantly impact the quality of investigation results and ultimately patient safety and outcome.

A typical IRF contains information in four areas namely the patient’s details, the investigation(s) being requested for, the physicians’ details and other details. The patient’s details include name, age, sex, ward/department, tribe, Last Menstrual Period (LMP), file/ folder number unique to the patient, clinical details and diagnosis while the investigation details include the specific investigations being requested for, the specimen type, date of request, date and time of specimen collection. The physicians’ detail section includes the doctor’s name, signature and consultant in charge of the patient. Sometimes the phone number of the physician is needed for easy accessibility. The signature of the requesting doctor authenticates the request. Other relevant details include present medications/current treatment, previous reports, radiology/laboratory request number (usually completed by the laboratory or radiology department).

IRF should be filled completely to avoid such problems as misdiagnosis, repeated laboratory tests, improper treatment procedures, and inadvertent mix-up of patients and ensure proper identification of patients and patient samples. The writing should be legible in clear handwriting for easy extraction of information and only known, acceptable abbreviations used if at all. Legible is defined in the dictionary as capable of being read or deciphered especially with ease [6,7].

Inadequate filling of IRF is a global problem. Different studies have audited the complete filling of IRF by doctors and quite a number of them revealed a suboptimal level of completion of IRF. An audit of 580 radiological request forms by Akintomide et al. [1], the most completed request form were 86.6% filled while the least completed were 26.67% filled. In another study by Afolabi et al. [2], out of 202 forms, 89.1% had complete and adequate information. In a study at Amino Kano Teaching Hospital, incomplete information included mostly the physician’s signature (60.8%) in blood transfusion service forms while only 9.4% from the department of hematology met all quality indicators [3]. In Lagos, the error rate of incomplete filling of IRF was 55.5% and this dropped to 35.3% following interventions [4]. Agi et al. [8] in Port Harcourt concluded that different aspects of radiological forms are incompletely filled with the name of the consultant being the least filled (only 81.3% of the forms contained the name of the consultant).

In developed countries, laboratory quality management systems have been institutionalized, with robust monitoring systems in place to detect and minimize errors before they occur at any phase in the laboratory. This is unlike what happens in developing countries like Nigeria where the focus is on the analytical phase of the workflow without consideration of other factors and variables beyond the control of the laboratory. In Australia, planned intervention and sustained improvement in compliance with standards resulted in an immediate reduction in the proportion of incomplete laboratory request forms from 41% to 2% [5].

This was a cross-sectional questionnaire-based survey carried out among medical doctors of different cadres, ages and areas of specialization both from the private and public sectors in Rivers State during the annual Nigerian Medical Association’s (NMA) physicians’ week in August 2019. The questionnaire was divided into three sections. The first section contained the physician’s details; the second contained the reasons why physicians don’t completely fill the IRF while the third part contained suggested solutions by the physicians. The questionnaire was semi-structured and self-administered, which was pre-tested by the authors and a content reliability of 0.92 Cronbah alphas was obtained. It took an average of 5 minutes to complete each form. A total of 100 questionnaires were distributed and 88 of them were returned given a response rate of 88%. Convenience sampling technique was used whereby doctors attending the NMA week 2019 were selected based on availability and willingness to take part in the research which involved the filling of questionnaires. The obtained data were collected using data proforma and analyzed using descriptive statistics such as percentage, frequency, tables and charts. 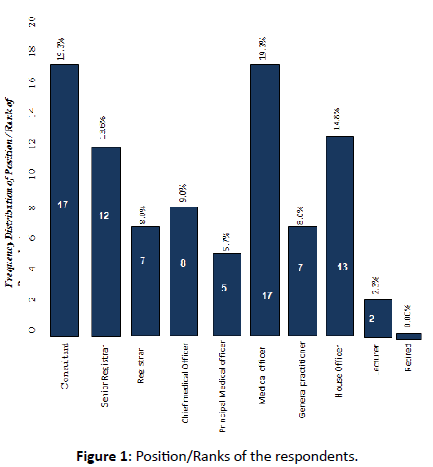 Figure 1: Position/Ranks of the respondents.

Table 2: Reasons for inadequate filling of IRF by respondents.

Table 3: Patterns of filling of the Investigation Request Forms.

Table 4: suggestions on solution for inadequate filling of IRF by respondents.

Incomplete filling of IRF is a common problem among doctors as shown in several studies [1-5].

In this study, the greater proportion of the respondents perceived inadequate time to complete the request form as their reason for inability to complete filling of the IRF and the least said they were not taught in medical school. This reason has seriously led to poor filling of investigation request forms by medical doctors in our setting. This finding is in agreement with the findings of the studies conducted by Adizua [9] in Southeastern Nigeria and Joe et al. [10] in Bayelsa State, Nigeria, which reported poor level of investigation request forms filling among medical doctors. This is understandable since the doctor patient ratio in Nigeria is below the WHO recommended doctor-patient ratio. Nigeria has a doctor-patient ratio of 1:6000; a far cry from the WHO recommended 1:600 [11]. This large number of patients is constantly overwhelming the doctors and in a bid to make more time available to see the mammoth crowd of patients most physicians therefore fill mainly the patients name and investigation required leaving other spaces vacant [8]. This was so because the physicians think the information required on most forms are much and as such fill only the information they think is relevant and this certainly not helpful because every aspect of the form was designed to capture relevant identity of the patients and their illness.

In this study, our respondents enumerated some benefits of completely filling of the IRF, which include but not limited to include having good records, easy access to the doctors managing the patients, improved diagnosis, avoid wrong identification of patients, research, legal protection and treatment. Others include avoiding misinterpretation of results, giving results to wrong persons, giving wrong treatments or injury to the unborn child. This finding is consistent with the finding of the study carried out by Agi et al. [7], which also documented the aforementioned benefits of completely filling of the IRF.

Many doctors did not suggest electronic filling of data. The reason for this may not be farfetched. Electronic capturing of data will require regular power supply, which the country is yet to attain.

The result of our study shows that the greater proportion of our respondents, suggested that there should be training and re-training of medical doctors through workshops and seminars on the completely filling of the IRF. This was also documented in the study conducted by Oseigbe et al. [4], which evaluated the effectiveness of clinician education on the adequate completion of laboratory tests request forms at a Tertiary Hospital. Collaboration between the laboratory and radiological departments with clinicians where there are refresher courses via seminars, departmental meetings, hospital grand rounds will be recommended to solve the problem of incomplete filling of IRF. This can be done at least twice a year and fliers, pamphlets could come in handy on such occasions.

Incomplete filling of IRF is a common problem among medical doctors. The commonest reasons given by the respondents for incomplete filling of IRFs include inadequate time, too much information been requested for on the IRF and doctors thinking it is not necessary to fill the form completely. The solutions suggested by doctors include training and retraining of doctors, collaboration between the laboratory and radiology departments, to electronically fill the forms and the engagement of physician assistants to fill the forms.

We report no funding assistance or conflicts of interest.